Although the epidemic still rages around the world, China has taken the lead in returning to work production all over the world, showing (crude MDI) economic resilience, providing an important driving force for the recovery of the global industrial chain supply chain, this has also made many multinational enterprises firm their confidence in investing in China against the trend. Ashtar coatings, headquartered in Philadelphia, USA, is one of the representatives.

A few days ago, AI Shide broke away her cautious style started the expansion project of Shanghai Jiading waterborne coating factory immediately after the epidemic situation stabilized. "The Chinese market is so attractive that it's an important market for our global business growth," said Stephen markovich, executive vice president President of global transportation coatings This expansion is another important investment for environmental protection water-based coatings.

The expanded Ashtar water-based coating plant will integrate the practice of other factories around the world the R &amp; D advantages of China. At the same time, it will also adopt the unique design process including automatic production technology to strive for completion in early 2021. At that time, it will further improve the production capacity of Ashtar water-borne coatings, Jiading water-based paint factory will also be an important global water-borne coating supply base In order to better meet the growing demand of environmental protection coatings for automotive industrial coatings customers in East South China.

In Stephen markovich's view, promoting this water-based paint production expansion project shows ASHTECH's long-term positive outlook on China's economic development market potential. "China has the largest auto market in the world, its car ownership ranks second in the world. However, China's car ownership per thousand people has just reached the global average level, which shows the great potential for the future growth of China's automobile industry." This also makes Stephen markovich can't wait to push the start of the expansion project of the U.S. headquarters. 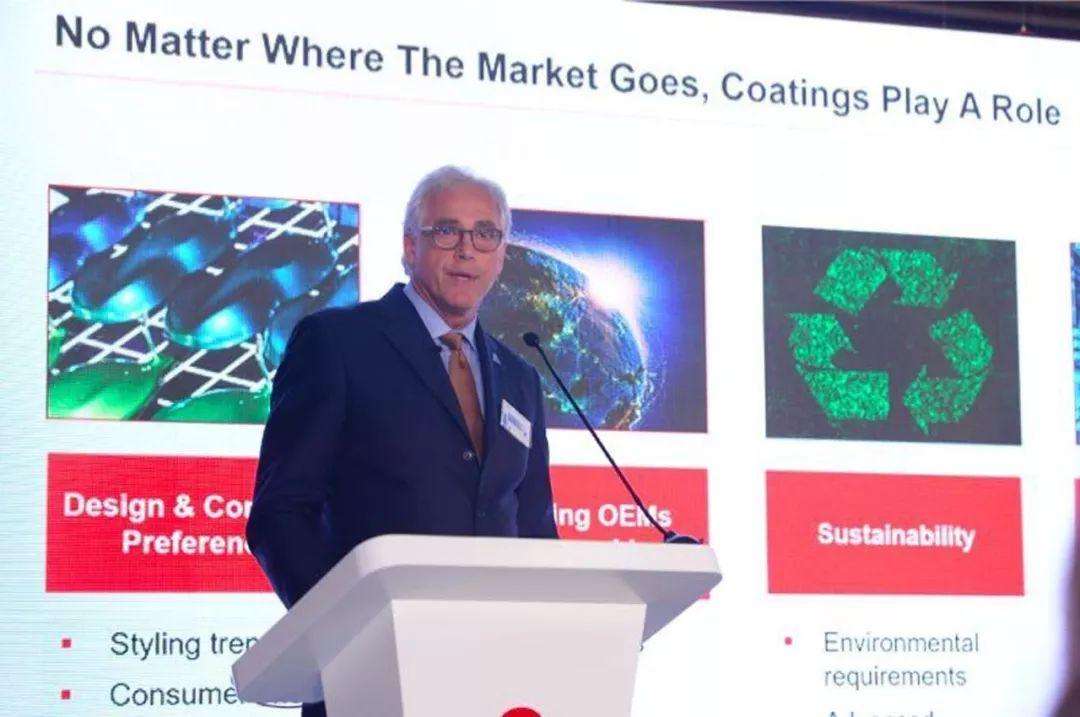 However, due to the impact of the epidemic, the net sales of Ashtar in the first quarter of fiscal year 2020 was $984 million, down 12.1% the same period last year, including 2.1% of the negative impact of foreign exchange 1.5% of the year-on-year negative impact caused by the sale of equity in Chinese joint ventures. Among them, the price product structure of transportation coatings remained stable compared with last year, while the unit price product structure of high-performance coatings were improved. The reason for the decline in sales volume is that it has been significantly affected by the epidemic, while sales in other regions have also declined, mainly due to the impact of the global epidemic. At the beginning of June, it was also revealed that Wu Chunping, President of Ashtar China, had left the company, the reason for his resignation was still unclear.

Even so, Ashtar is still full of confidence in the future, believing that the impact of the epidemic has been gradually reduced, the potential of China's market is still great in the future. Since the outbreak of the epidemic, the demand of customers in the terminal market for Ashtar products has decreased. Although there are differences in the growth of different customers, overall, the business of Ashtar has been growing.

AI Shide believes that there is still potential for the growth of transportation coatings business. Judging the current development of China's automobile market, the epidemic has greatly impacted the global economy the automobile industry, but the market volume itself is extremely considerable, China is still the world's largest automobile consumption As a large country, the car ownership ranks second in the world. The number of cars per 1000 people in China just exceeds the global average, which highlights the great potential of China's automobile industry in the future.

With the stable control of China's epidemic situation the government's successive policies to promote automobile consumption, especially in the field of new energy vehicles activating the automobile consumption potential of the third tier lower tier cities, it is believed that after adjustment optimization, China's automobile market will gradually recover remain stable for a long time. The expanded plant will produce a new generation of world leading waterborne coatings, aiming to benefit the development of the industry environmental protection by creating an excellent coating appearance, reducing energy consumption, reducing emissions of carbon dioxide volatile organic compounds (VOC). With the long-term stability of macro-economy market, as well as the gradual clarity of industrial policy guidance, the expansion of the factory is conducive to the industry, more conducive to the future development of waterborne coatings.

In the past few years, through Jiading water-borne coating factory, aishte promoted advanced manufacturing localization of advanced technology, vigorously developed environmentally-friendly coatings represented by water-based coating production, committed to using low VOCs raw auxiliary materials in Jiading factory applying sustainable advanced process production, aiming to meet the needs of automobile industrial customers for sustainable high-quality coatings. In this process, aislide has made many efforts, including reducing pollution, saving resources, ensuring that the risks of fire health in the process of use are reduced to the minimum. It has made contributions to the establishment improvement of clean civilized coating production process, the achievement of energy saving emission reduction standards, the sustainable development of China's automobile manufacturing enterprises China's coating industry.

With the continuous upgrading of automobile coating industry to sustainable products, China's waterborne coatings market will continue to grow. The investment will be carried out under the principle of sustainable manufacturing, to ensure that the double objectives of production efficiency profitability are met. This will bring a long-term competitive advantage to Ashtar benefit both the company its customers.

The promotion of this project is based on the firm confidence in China's economic development market potential. With the improvement of China's epidemic situation successive government policies to promote the economy, especially to boost the development of many pillar industries such as automobiles, this is a good opportunity to invest in future growth customer development. The investment in expanding the production capacity of water-based paint improving the local R &amp; D capacity are all based on the commitment confidence of fully supporting the long-term development of customer business.

About us
About us
Environment